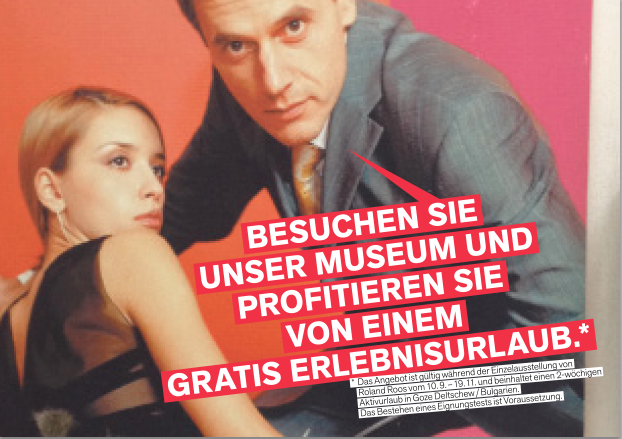 In 2014 Roland Roos was awarded the Manor Art Prize Central Switzerland by the eponymous department store. The award consists of a solo exhibition and publication of the recipient’s work. Instead of an exhibition of his works with a separate art publication, Roos combined both, transforming one of the museum’s exhibition spaces into a children’s book publishing workshop. The workshop produced six different children’s cloth books, each presenting a work of art by Roos in simple pictures. It had to be a children’s cloth book because this was the only book included in the standard range of goods of the Manor department store. Once the type of book had been established, six people reproduced the Roos artworks during museum opening hours. The books manufactured at the museum were delivered to 21 Manor stores via the respective distribution depots. They were sold for 14.90 Swiss francs in the children’s section of the Manor stores. So Roos not only succeeded in returning the Manor Art Prize to Manor itself, but by selling the books, new funds were generated for the Manor Art Prize.

watch the image movie of the production center that Roland built into the museum (German only). 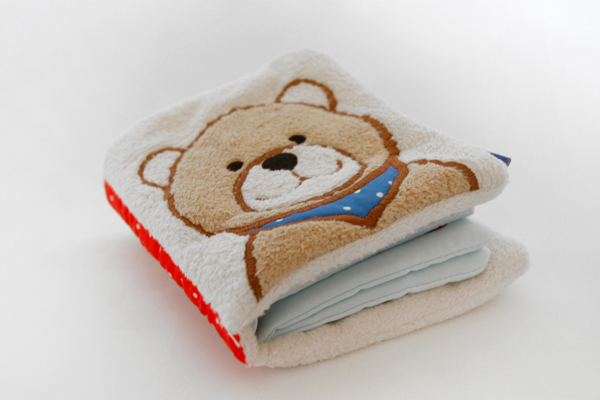 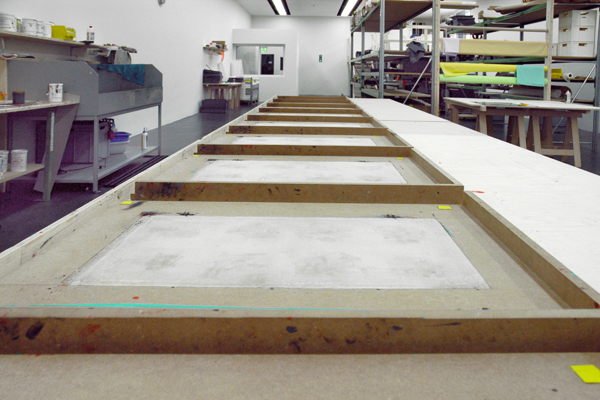 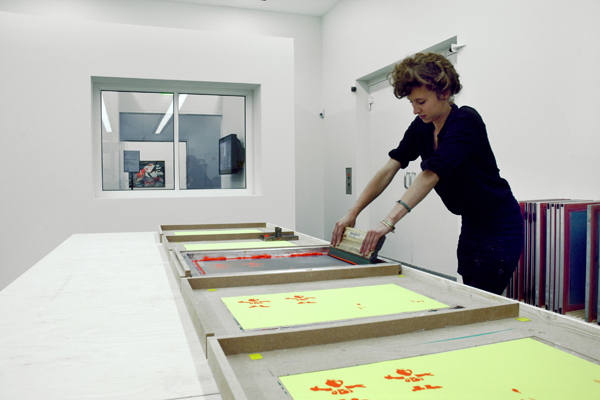 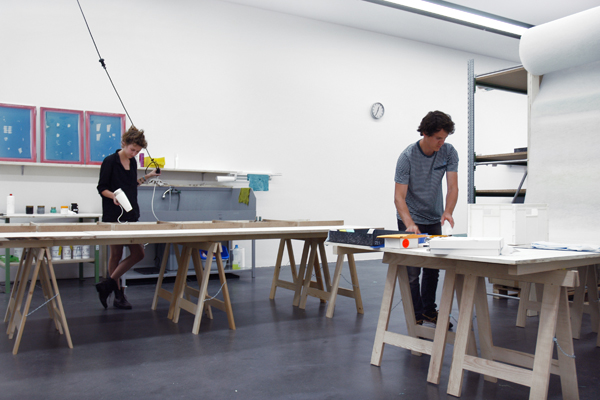 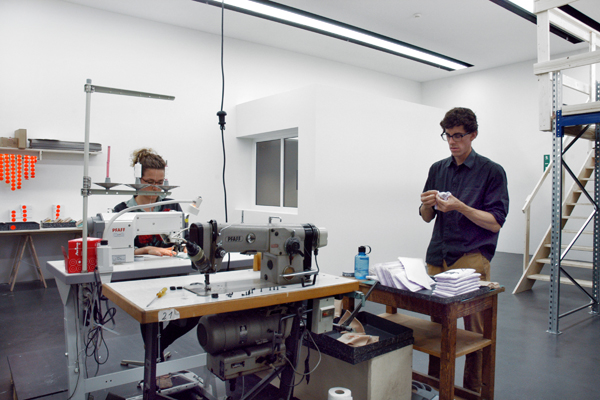 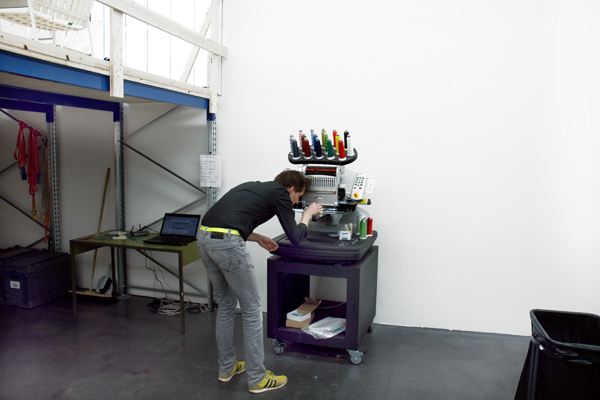 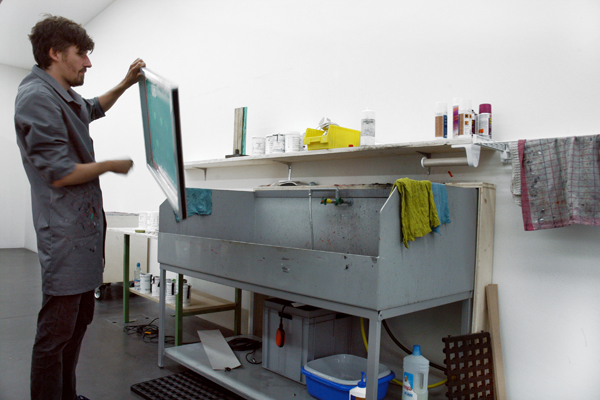 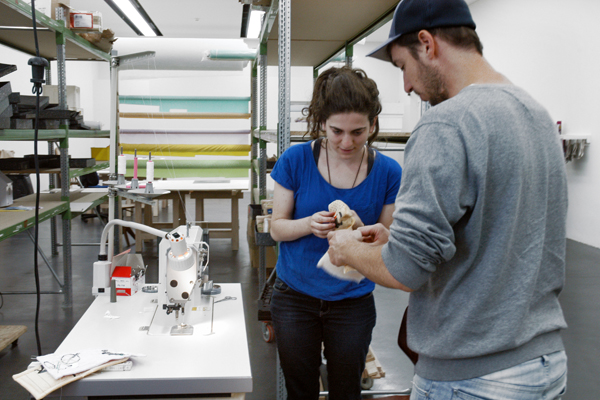 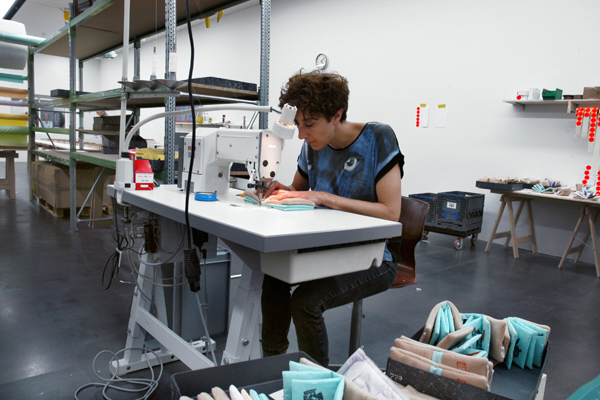 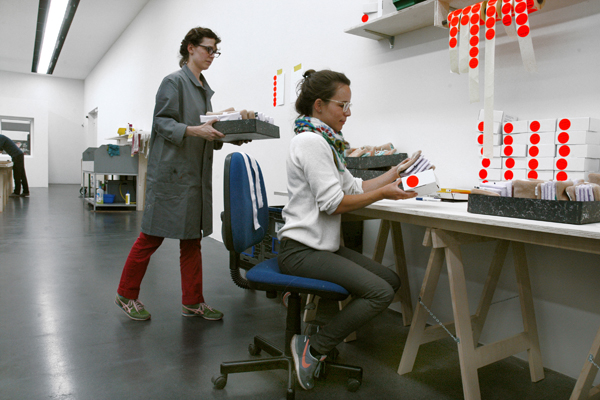 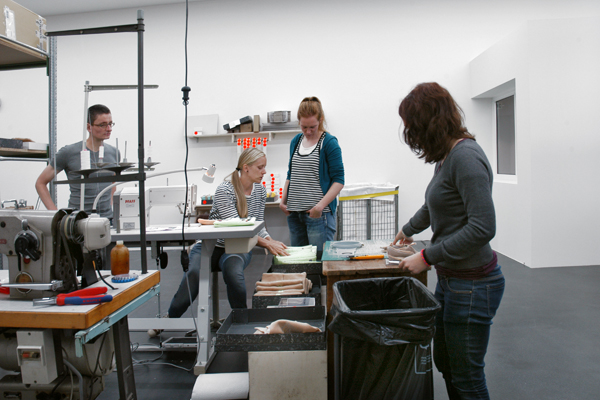 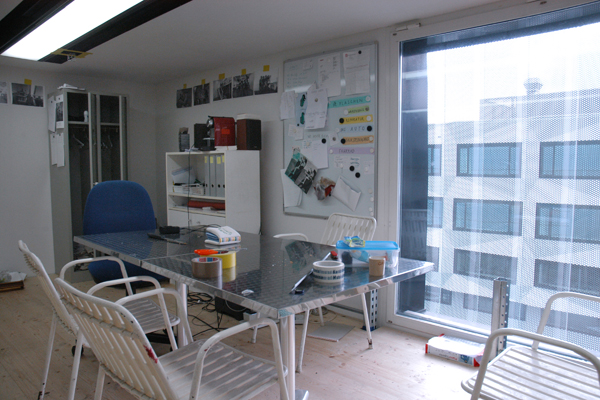 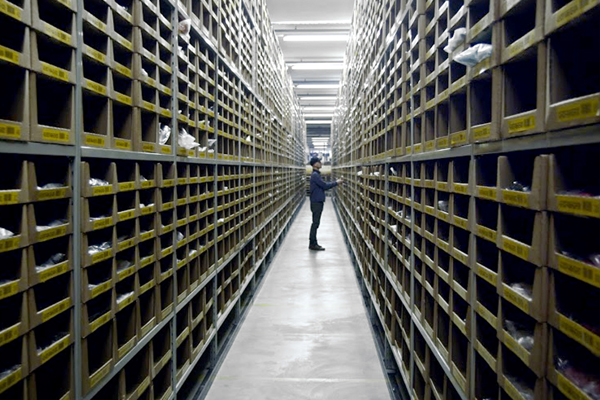 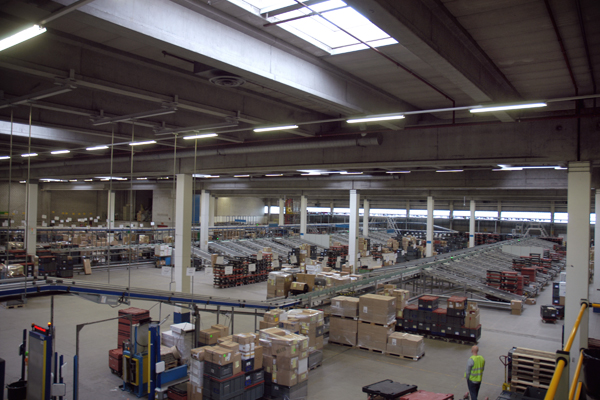 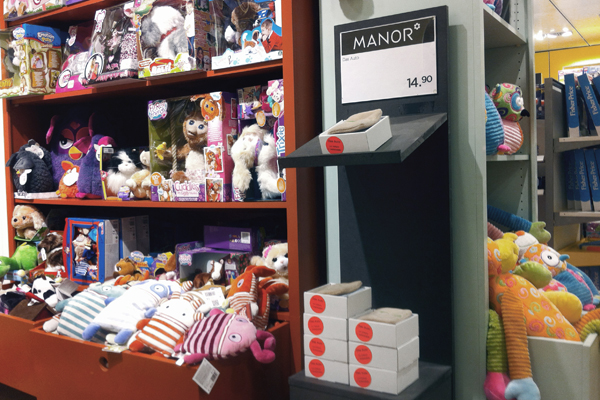 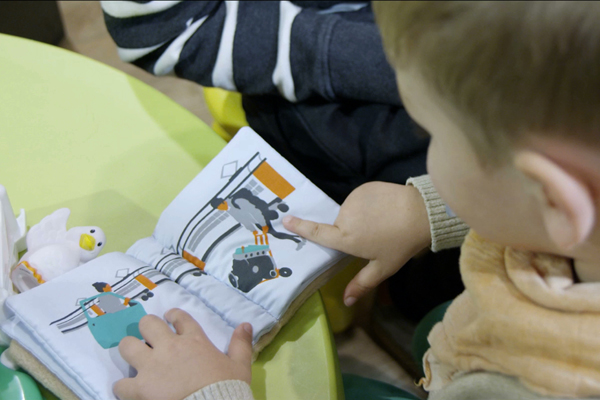 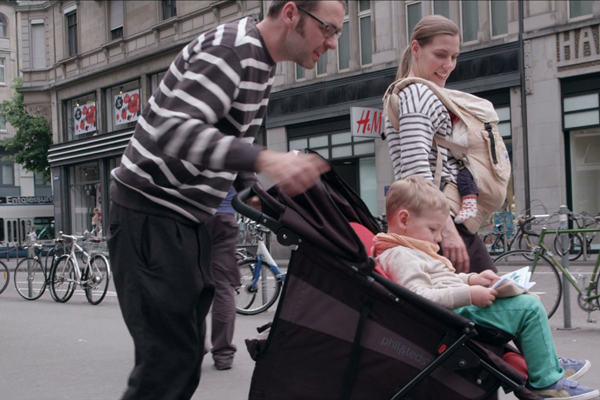 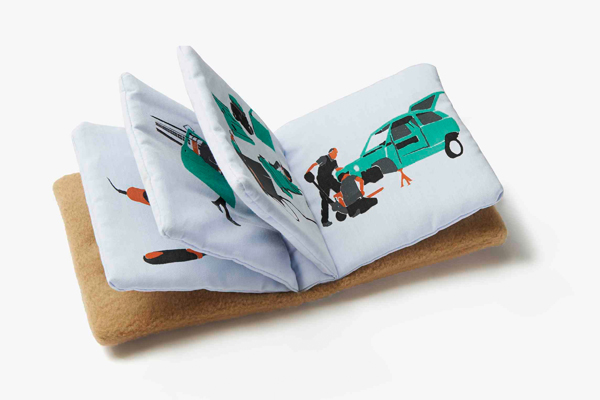